Put away your dental anxiety, and experience our game-changing sleep dentistry service. Don't wait around another day - schedule your initial appointment right away! 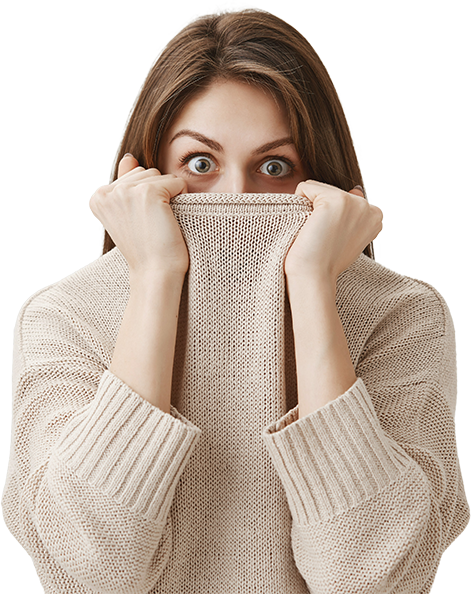 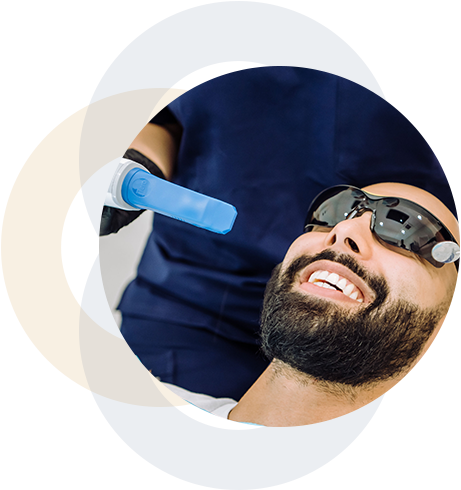 Make your experience easier and more comfortable with Sleep Dentistry

Dental procedures can be long and uncomfortable, especially if you’re anxious about them.

Many people avoid dental procedures altogether because they’re afraid of the pain or discomfort. Others put off necessary intensive treatments because they don’t have time for multiple appointments.

Sleep dentistry at Maylands Dental Centre can help make your experience more comfortable. We offer various sedation options to suit your needs, so you can relax and feel confident during your dental appointment. Plus, our friendly team is experienced in providing safe and effective sedation dental services. If you feel you could benefit from sleep dentistry, the first step is to contact a dentist to book a comprehensive examination. Contact us today at 08 9370 5464 to experience a painless dental procedure!

The procedure is determined by the type of sedation used by your dentist. For example, if you need an oral sedative, your dentist will write you a prescription and provide you with instructions on how to use it. As long as you follow those recommendations, you’ll experience less worry and more relaxation. You should begin to feel drowsy and content once the drug begins to work.

There is no need to prepare for nitrous oxide. Your dentist will provide it before, during, and immediately following the procedure. However, if you choose IV sedation, you may need to plan ahead of time.

For instance, your dentist may instruct you to fast—that is, not eat or drink anything for several hours before the dental work. You should also avoid taking some medications the day before your dentist’s appointment since they may conflict with the sedation medication. 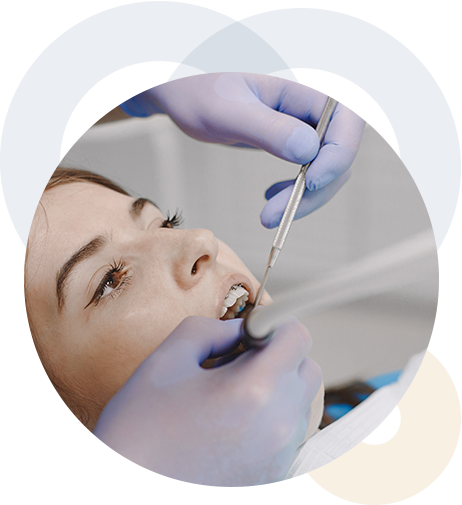 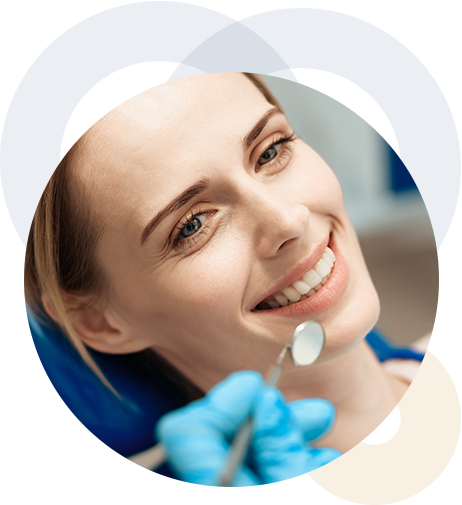 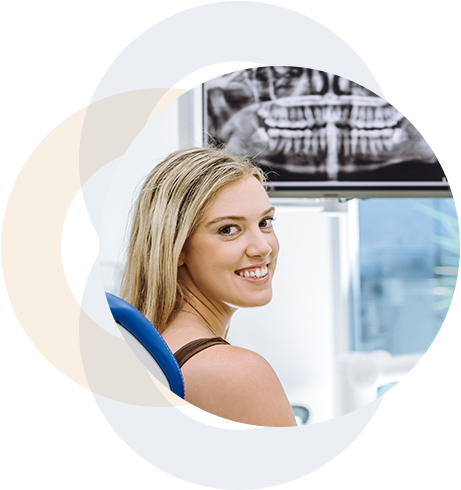 Oral Sedation: Oral sedation is a way to decrease anxiety during dental procedures by taking a pill an hour before your appointment time with one of our dentists in Perth. This method has been proven effective in helping patients relax and get through their appointments without much discomfort or pain at all!

IV Sedation: Maylands Dental Centre offers IV sedation to make your dental procedure more comfortable. With intravenous sedation (local or general) and medicine to ease discomfort during procedures such as tooth extractions, even extensively medicated patients will feel little or no pressure on their gums during this period.

Laughing Gas: Laughing gas is utilized in approximately 90% of dental procedures nowadays. It is safe, effective, and delivered by our highly trained professionals who will ensure your comfort at all times. Rest easy knowing our staff has everything under control while still responding appropriately during therapy. 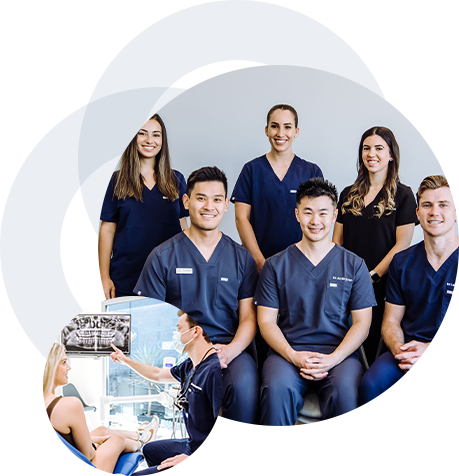 A Dental Team that Puts You First

Our dentists are highly trained professionals who provide the highest levels of patient comfort and satisfaction. We want our patients to have healthy teeth for a lifetime, and we’ll do everything we can to make sure that happens.
Book Online

If you need any dental procedures done, come see us first! We’ll take great care of your teeth and give you a beautiful smile while saving money by using our cutting-edge equipment.
Book Online 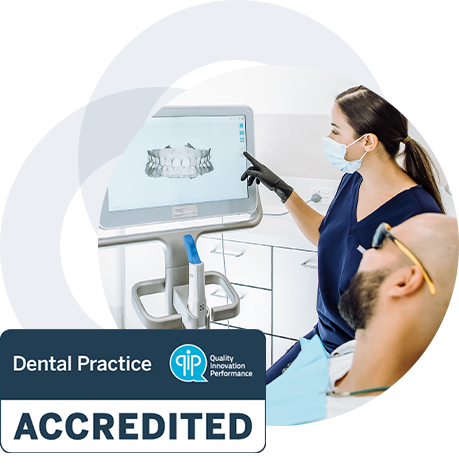 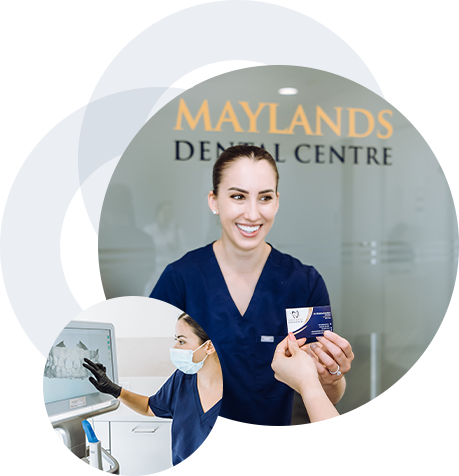 At Maylands Dental Centre, our team of professionals are committed to offering affordable rates with high-quality results every time. Plus, we accept Health Funds and flexible payment options.

We accept all health
funds, and are
preferred providers.

We’re committed to providing the best possible care for all of our patients no matter their health insurance provider. We accept all healthfund providers and are a preferred provider for HBF, HCF, NIB, and CBHS. We also have a HICAPS machine for easy and fast claims.
Payment Options

Problems that sleep dentistry can fix

Many people are scared of going to the dentist. The good news is that you can now get the work done with a Maylands Dental Centre sedation dentist. Modern dental technology has come a long way in easing dental fear. Here are some of the reasons sleep dentistry can help with:

Strong Gag Reflex: Many patients have a hypersensitive gag reflex. They may get dental treatments while sedated to resolve the concerns.

Comprehensive Dental Treatment: When a patient is sedated, it is easier to perform a comprehensive dental procedure. This reduces the number of trips to the dentist.

Patients with Special Needs: Sleep dentistry is a safe and effective approach to treating patients with special needs. Their teeth are checked, x-rayed, and thoroughly cleaned in a comfortable manner.

How does the dentist sedate you for your treatment?

Dentists commonly use the following types of sedation in the clinic, namely, nitrous oxide (laughing gas), oral sedation (pill sedation), IV sedation (conscious sedation), and general anesthesia for treatments performed in the hospital. You’ve probably heard these before, but you might not know what they mean. These types of sedation are distinct from one another, and they have characteristics that make them more desirable to patients.

Nitrous Oxide Sedation: Dentists frequently use nitrous oxide (sometimes known as “laughing gas”) as a safe and effective sedation method. Laughing gas is nitrogen and oxygen-based sedative. When inhaled, this mixture relaxes you but you won’t fall asleep because you’ll be able to hear and listen to your dentist’s commands, but you’ll be in a more relaxed state.

Oral Sedation: One of the sedation treatments dentists employ to assist patients in relaxing during dental procedures is oral sedation, commonly known as pill sedation. Patients take the sedative in the form of a pill in the hours leading up to the visit, unlike nitrous oxide sedation and intravenous (IV) sedation.

Intravenous (IV) Sedation: During your dental treatment, intravenous (IV) sedation refers to administering anti-anxiety medicine through the bloodstream. ‘Twilight’ or “sleep dentistry” are terms used to describe IV sedation dentistry. Instead of putting you to sleep, the sedative assists you in relaxing and feeling at ease.

General Anesthesia: Patients undergoing general anesthesia will experience a total loss of consciousness. During the “under” stage, the patient will not see, hear, or recall anything. This sort of anesthetic is required for highly anxious people or for more invasive treatments, such as wisdom tooth removal or sophisticated dental implant oral surgery.

Can you use sleep dentistry for any dental procedure?

Do you need someone to be with you after being sedated for a procedure?

You may have a distinct memory of the procedure or not recall it at all. You’ll probably feel drowsy for a while afterwards. As you regain full consciousness, you will be continuously monitored.

After your procedure, you should be able to go home within an hour or two. Plan on having someone accompany you for at least a couple of hours as the sedatives may still be in effect. More instructions may be given to you depending on the cause of your sedation. Headaches and nausea are common side effects that subside fast. However, if they persist, notify your dentist. You may need to take pain medication depending on the sort of treatment you have.

Soon after the treatment, you should resume your regular diet and most of your routine activities. However, do not drive or make major decisions for at least 24 hours. Be sure to follow all post-treatment instructions. In addition, take any medication as indicated. You may require further treatments or follow-up procedures, depending on your procedure.

How much does sleep dentistry cost?

The cost of sleep dentistry treatment varies according to the complexity of your case and the length of time required for your dentist to perform the process. This will be determined during your initial complete examination, during which you will be informed of any anesthesiologist expenses, fees, and rebates.

Patients with private health insurance should check with their provider to determine whether they are eligible for rebates or help for dental care or treatment performed under general anaesthetic.

According to Australian Dental Association guidelines, only dentists who have been approved by the Dental Board of Australia may use sedation treatments for dental procedures.

Ready To Schedule An Appointment With Us?

Book an online appointment or give our friendly team a call today!